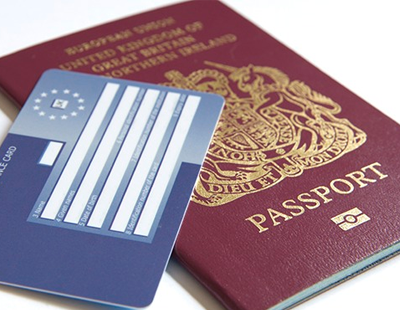 Buy-to-let landlords face a potential prison sentence if they fail to carry out immigration status checks on potential tenants.

This follows the second reading of the Immigration Bill in Parliament today.

Specialist lender Commercial Trust has warned that landlords who fail to carry out checks face the "unnerving" prospect of a possible prison sentence.

It said the legislation pushes the responsibility of immigration checks from border guards onto unqualified landlords.

The Bill originally proposed civil penalties for landlords who failed to carry out checks on tenants, but this has now been altered to include criminal sanctions of up to five years in prison.

Worryingly, if landlords shun riskier potential tenants they could face accusations of being discriminatory instead.

“Many landlords will be unaware of the Bill and their new responsibilities and could inadvertently end up facing a prison sentence which is both unfair and unreasonable.

“At the other end of the spectrum, landlords who become aware of the new Bill and become over cautious could instead open themselves up to challenges on the grounds of discrimination, leaving landlords between a rock and a hard place."

Turner said landlords are not trained immigration officials and could potentially commit one of two separate offences if they put a foot wrong.

He said this would make it harder to run a successful rentals business.

“It is the government’s duty to ensure that landlords have all the knowledge and tools they need before any new laws take effect, and that they are not putting unreasonable burdens on the landlord community that may impact their ability to continue to provide housing for so many in the UK.”

Two thirds of potential homebuyers have been left in the dark...

Brokers and mortgage experts have given a thumbs down to Government...

Mortgage Trust launches its 'most competitive' products for two decades ...

Mortgage Trust has launched a series of products catering for buy-to-let...