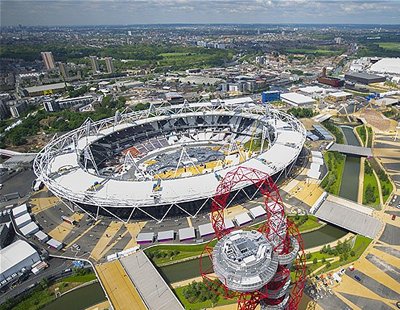 Prices of properties near the main site of the 2012 London Olympics are increasing at twice the average rate in the rest of the country, new figures show.

Research from Lloyds Bank has found that the average property price in the 14 East London postal districts closest to the Olympic Park in Stratford has grown from £206,000 in July 2005, when the Games were awarded to London, to almost £379,000 in March this year.

This represents a rise of 84% compared with a typical increase of 41% in the rest of England and Wales.

Andy Hulme, Lloyds Bank mortgages director, said: "When London won the bid to host the 2012 Olympic Games many within the organising committee saw this as the perfect opportunity to regenerate the East London area.

“A decade on, the impact of major investment is there for all to see: improved rail and tube networks, a high class retail environment and the gradual conversion of the Olympic sites into residential homes.”

Hulme adds: “The improved attractiveness of living is this area of London has resulted in rising property values. Since July 2005 average house price in the 14 areas closest to the Olympic Park has increased at more than twice the average rate in England and Wales. And, since the end of Games in September 2012 price growth in this area has out-performed London as a whole."