By Adam Tyler
< Back 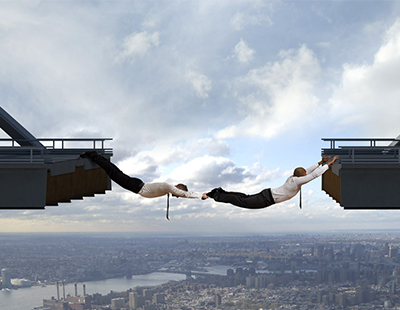 The NACFB is sometimes perceived as being an Association of commercial mortgage brokers and asset finance brokers, forgetting the other 20% of members who cover the rest of the market.

That means we might look like a slightly more attractive partner to bridgers than we do to, say, peer to peer funders. But more than that, there must be something about bridging that’s particularly appealing right now.

Back in 2012 we saw a spike in the number of bridging lenders approaching the NACFB. Now the same thing is happening again and we are having to turn some away – those without USPs, mainly.

It’s often said that bridging loans are being used to stand in for commercial mortgages when the latter are hard to come by, except that I’ve been saying for three years that funding is out there, the new names are filling the gaps, and that’s the same message, of course, that those lenders are reporting themselves. The things they say and write tend to be upbeat and confident, but it has to be borne in mind that they are marketing not analysing.

My guess as to why the number of such lenders has increased is that businesses were hoping, maybe actively expecting, the economy to have returned now to where it ought to be, and it is to some extent letting them down. Industrial impatience, you might call it.

Or perhaps this is a new industry norm; people have discovered bridging finance, and having found it, realise it can help in a number of ways, and so it remains on their go-to options list where it wasn’t before.

The Confederation of British Industry predicted growth of 2.6% in 2016. That is below the 2006 figure of 2.7%, a year which started from a higher base point, but with what hindsight tells us was an underbuilt set of foundations.

Whether 2.6% is good or bad is almost irrelevant; it is what it is, and buoyant talk promotes buoyant activity. The real-time feedback from businesses remains that it’s hard to get a commercial mortgage, but the more time that passes since 2008, the more businesses are unable to clearly answer the question “hard compared to what?”

Any sense of entitlement to easy loans because “that’s how it was in 2006” would be unrealistic. But it could be precisely that sort of attitude towards borrowing that has opened up the field to bridging lenders.

*Adam Tyler is CEO of the NACFB

The perils of giving advice? ...

The NACFB’s annual survey results aren’t in yet but there is...

Rob Lankey has been appointed Interim CEO of the National Association...

If the weakened pound and unrest around the continent we sometimes...

A few handfuls of Introducer Today readers will have joined us...