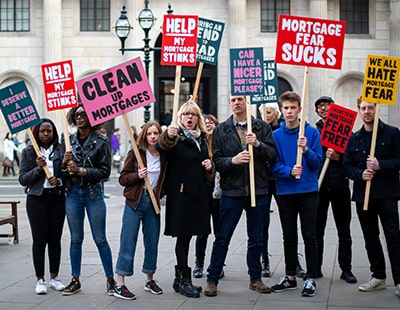 The company has launched a manifesto which seeks to champion homeowners over the big banks, amidst what it calls a ‘broken’ mortgage system and inaccessibility of the housing market.

On April 17, Trussle hosted a march in London to demonstrate the unfairness of the mortgage system and barriers facing homeowners currently.

It also launched a ‘digital march’ across its website and social channels, encouraging prospective and current homeowners to sign up and join a virtual demonstration against the industry.

Once signed up, participants will be able to create an avatar track sign-up figures in real time.

Ishaan Malhi, chief executive officer and founder of Trussle, commented: “The current mortgage system is broken and not working to a standard that’s far for all.”

“Many people are shut out of mortgages, including the young, the old, the self-employed and those on low-income. We stand for homeowners and our new manifesto cements our position in the fight for fairer mortgages.”

He said that hosting the digital and real-time march will bring to light ‘the number of homeowners currently under-served and mistreated by the mortgage market’.

“We’ll be working closely with government and industry leads to solve issues in the mortgage industry once and for all,” he concluded.

An online mortgage broker has announced that it has received backing...

Mortgage holders are at risk of losing £400 a year despite being loyal customers ...