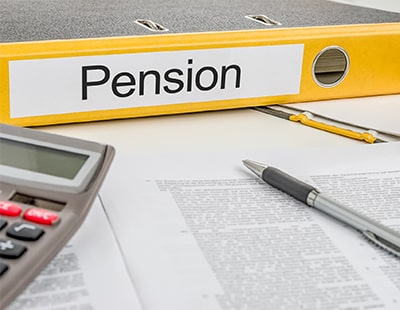 Both the volume and value of flexible payments from pensions has hit a new high, according to Moneyfacts.

Data from the money comparison experts suggests flexible pensions cash may be a ‘major contributor’ to the rise in savings deposits, with retirees withdrawing cash and using savings accounts as a haven.

Separate research from HMRC found that between April and June this year, £2.75 billion was withdrawn from pensions flexibly, with 760,000 payments made.

Over the same quarter, statistics from the Bank of England noted £7.5 billion was deposited into accounts that are accessible without penalty, which includes easy access accounts.

Moneyfacts’ research hinted that savers who have waited until now to open an account may have missed the boat on the most lucrative easy access rates, as they are now on the decline.

What’s more, it warned retirees who want frequent access to use their savings pot as a source of income to be mindful that the best easy access deals can apply withdrawal restrictions or require savers to open the account online.

Savers will also find that the market average rate of 0.64% is less than the Bank of England base rate, so there are still many accounts to avoid due to poor returns.

“Retirees may be withdrawing cash from their pensions for various reasons, either to plug a debt gap, boost disposal income or even to invest,” Rachel Springall, finance expert at Moneyfacts, says.

“There are signs that the cash could be going into easy access accounts, away from stock market volatility and within easy reach. In recent months, several providers have cut their easy access rates, plus some of the top deals include withdrawal restrictions.”

She argues the downside to choosing an easy access account is the return, which is variable and may drop if we see a base rate cut before the year’s end.

However, as the easy access rate stands at just 0.64%, Springall believes that there are much worse rates out there for savers that can be found in the top rate tables.

“Indeed, the Flexible Saver from HSBC pays a disappointing 0.15% – 10 times less than the top rate in the market today on offer from Virgin Money, which pays a rate of 1.50% on its Double Take E-Saver,” she adds.

“It is slightly worrying to find such a large rise to both the volume and value of pension cash withdrawals, hitting a new record since pension freedoms were introduced. If retirees take too much cash out of their pensions from the age of 55, they may end up with little provision for the future, which they are unlikely to be able to recoup.”

She concludes: “Seeking independent financial advice, both when withdrawing cash and choosing a product in which to invest, is essential during a period of economic uncertainty. Taking out an easy access account may be an easy choice, but it doesn’t necessarily mean it’s the right one.”

The Financial Intermediary and Brokers Association (FIBA) has extended its range...

Lending should be based on affordability, not age ...

The one area in which a proper affordability assessment is ignored...

Nottingham Building Society has cemented its position as a leading Cash...

Quarter of young Brits have given up on home ownership ...

A quarter of young people believe the only way they'll ever...