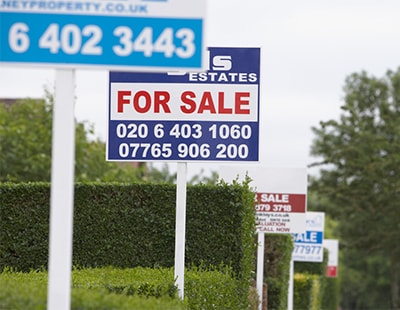 With tomorrow’s Budget expected to be one of the most significant in recent history, fresh research by MoneySuperMarket reveals 74% of Brits support an extension to the stamp duty holiday.

The scheme, launched last July, waives stamp duty on properties valued up to £500,000 and is scheduled to come to an end on March 31. However, there is speculation that the Chancellor is planning to extend the scheme until the end of June.

Having stimulated a boom in the housing market, an extension will come as a great relief to buyers that have yet to complete their house purchase and could be a possible incentive to prospective buyers entering the market.

MoneySuperMarket asked over 5,000 UK buyers what action the Chancellor should take in relation to the stamp duty holiday in his Budget. Some 74% said the holiday should be extended because it is helping the market, while 19% responded that it was no longer needed.

Earlier research by the price comparison site found nearly two thirds (63%) of prospective buyers were in the market due to the scheme. Three fifths (60%) said they would change their buying plans if the scheme was not extended, and a further quarter (24%) said they would withdraw from the market completely.

The study also found that the scheme had an impact on the selling decisions of homeowners. Over half (57%) had been encouraged to place their home on the market, despite not previously considering selling their property before, as a result of the policy.

Jo Thornhill, finance expert at MoneySuperMarket, says the findings show that there’s a ‘clear appetite’ for the Chancellor to officially extend the stamp duty holiday.

She explains: “The policy has clearly proved popular with buyers, stimulating a boom in the market despite the challenging conditions in the wider economy. And, crucially, it has removed another cost for many first-time buyers, making that first step onto the ladder that little bit easier.”

“While we welcome an extension, looking further ahead, a phased deadline where the benefits are gradually reduced would prevent a ‘cliff edge’ scenario which puts pressure on the market overall.”

Thornhill believes the government needs to put in place long-term support for the housing market, as homeownership is still a far-off dream for most young adults.

“One way of doing this would be to support an increase the availability of mortgages for those with a 5% deposit. We know this is something the government is looking into and we’re looking forward to seeing their proposals in due course.”

Separate research from Ascend Properties counters this, revealing that 71% of homebuyers would like to see the ‘archaic’ land tax scrapped altogether.

The Build to Rent specialist asked recent homebuyers if the original introduction of the stamp duty holiday had caused them to enter the market in search of a property.

Just over half (52%) stated it wasn’t the reason, with a further 36% saying they were already in the process of moving when it was introduced. However, for 12%, it did act as the catalyst for their current property purchase.

Despite the market delays caused by stamp duty-fuelled buyer demand enveloping the market, 61% of buyers have managed to complete and save on stamp duty.

Ged McPartlin, managing director of Ascend Properties, comments: “We can unequivocally say that a deadline extension will benefit more homebuyers should it materialise on Wednesday. At the same time, it’s also likely to exacerbate the current issues of extended purchasing times.”

“Our advice to homebuyers at present would be to act as they would if no holiday was in place at all. You’re going to face delays, and you might not complete even if an extension is implemented. Stay calm, take one day at a time and don’t stress yourself out hoping to save on stamp duty. That way, any saving will come as a bonus, and a failure to secure one won’t bring such disappointment.”

Despite market delays, over half a million homebuyers in England are...

Homebuyers must learn how to speed up the buying process – claim ...

Research from an all-in-one property platform suggests homebuyers do not sufficiently...