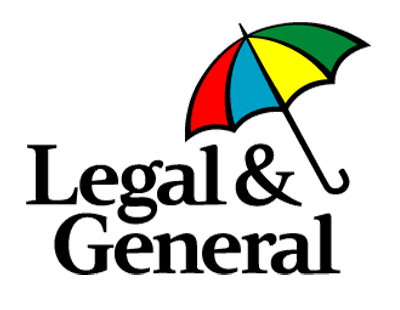 Legal & General has integrated with mortgage and protection network HLPartnership to simplify access for advisers using the SmartrCriteria and SmartrFit systems.

Through the streamlined connection between the two providers, intermediaries can use the systems via HLPartnership’s portal without having to sign in multiple times.

This is the second integration of its kind, following a similar partnership between Legal & General and Smartr365 earlier this year. Further partnerships of this kind will see Legal & General work closely with a range of other providers to bring the benefits of its tools to a broader intermediary audience.

“Our free to use SmartrCriteria and SmartrFit tools have helped utilise intelligent search criteria to improve the accuracy of search results for intermediaries. And, through these partnerships we are also making our tools accessible via advisers’ existing systems, providing functionality that integrates seamlessly with their current ways of working.”

She says: “We are excited to bring the benefits of our intelligent tools to more advisers via our integration with HLPartnership.”

Neil Hoare, commercial director at HLPartnership, adds: “As part of our ambition to provide advisers with the best tools to improve the efficiency and accuracy of their work, we are continually looking towards innovative new technology that supports intermediaries.”

“Our integration with Legal & General’s search and sourcing tools clearly falls in line with that goal and we have already received a significant amount of positive feedback from advisers who have found the most suitable mortgage solutions much more quickly and easily than before when a lengthy telephone call was the only alternative.”

Alongside the move, Legal & General revealed advisers were sourcing furlough-friendly mortgages more than any other criteria in February, with more than 1,000 searches logged on SmartrCriteria.

The tool, which helps advisers determine suitable mortgage lenders for their clients, also showed that search volumes continued to rise, increasing by 8% between January and February.

This followed a 69% increase in January and suggests that activity in the mortgage market has remained strong in the opening months of 2021.

While lockdown restrictions are set to be eased, around 4.7 million individuals remain reliant on the government’s furlough scheme. According to L&G, the continued focus of advisers on mortgages for furloughed borrowers follows a 230% rise in searches for these products between December 2020 and January 2021.

Legal & General’s data also showed a 27% increase in searches for lenders that would consider borrowers who had missed a mortgage repayment, reflecting the growing number of mortgage borrowers who have seen their finances negatively impacted by the crisis.

In addition, the findings revealed that rising house prices could also be ‘placing pressure on buyers to seek out more affordable routes onto the ladder’. SmartrCriteria tracked a 60% increase in searches for joint borrower-sole proprietor mortgages. The data follows an 8.5% increase in the UK’s average house price last year, according to the Office for National Statistics.

Beardmore says advisers are playing a critical role for borrowers as the implications of Covid continues to play out in the mortgage market.

“Not only are many focusing their efforts on finding lenders that meet the needs of those with more complex financial circumstances, including those on furlough, but they are increasingly supporting others with more affordable routes onto the ladder too,” she says.

“SmartrCriteria is helping these intermediaries to efficiently source mortgages at a time where the market is incredibly busy and when a growing proportion of borrowers are needing specialist support.”

SmartrCriteria was launched by Legal & General in 2019 and has over 8000 registered advisers. The service, along with the SmartrFit tool, is free for all mortgage advisers.

An ‘industry-first’ app has been introduced to connect borrowers to brokers...