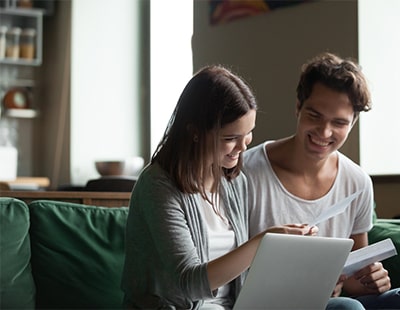 Despite market delays, over half a million homebuyers in England are set to benefit from the stamp duty holiday to the tune of £3.4 billion, according to estate comparison site GetAgent.co.uk.

GetAgent analysed transaction data from the Land Registry to see how the market has performed between the launch of the holiday and the original deadline of March 31 2021.

It then estimated what the continued impact will look like by the time the clock finally expires on the initiative.

The research shows that prior to the launch of the stamp duty holiday, 258,978 transactions took place across England between January 1 2020 and July 7 2020. This equates to 1,370 homes sold for every one of the 189 days during this period.

However, current market data suggests that since the introduction of the stamp duty holiday, this has increased to a rate of 1,508 homes sold per day.

In total, GetAgent estimates that of the 539,972 transactions forecasted to complete between July 8 2020 and the initial deadline extension of June 30 this year, 84% will pay no stamp duty at all, with the total market saving expected to hit nearly £3.2 billion.

Additionally, a further 138,764 homes are expected to sell between the additional deadline extension of July 1 and September 30 this year.

Despite the stamp duty-free threshold being reduced from £500,000 to £250,000, GetAgent predicts that 45% of all transactions will still remain stamp duty exempt with a further saving of £250,006,781 seen across the market as a whole.

In total, the stamp duty holiday in its entirety looks set to see an estimated 76% of all homebuyers pay no stamp duty whatsoever, with the total saving hitting over £3.4 billion.

Founder and chief executive officer of GetAgent Colby Short says: “The current stamp duty holiday may have its critics and there’s no doubt that it’s been a factor in creating the current market bottleneck that has seen many subject to long delays during the transaction process.”

“However, there’s also no doubt that a great deal of homebuyers have benefitted and many more will continue to do so right up until the end of September.”

He adds: “Even with the reduction of the stamp duty-free threshold from July onwards, nearly half of all transactions will continue to pay no stamp duty at all, so we can expect the market madness to continue until this secondary deadline, at the very least.”