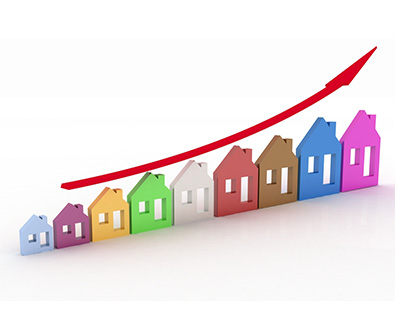 Property purchasing expert, HBB Solutions, revealed that the gap between the asking price expectations of the nation’s sellers and what buyers are prepared to pay is up to 21%.

By analysing the market values in Britain, HBB Solutions discovered that the asking price to sold price gap is around 8% on average.

Overall, the findings show that despite properties selling for £278,120 on average, properties of this price often enter the market at £23,000 higher than the amount buyers expect to pay.

Wales falls closely behind with a property price gap of -20%, meaning sellers sell their homes for around £50,000 less. While properties in Yorkshire and Humber have a 19% drop meaning that they have the third-largest reduction in values and a £46,000 gap between the average asking and sold price.

Across the East of England, there is a 13% difference between the original asking price of a home and what it achieves at market. This region is also home to the biggest cash reduction, with home sellers overvaluing homes by £51,000.

In contrast, the capital has the smallest market gap differences. On average sellers only drop their prices by around -5%. While the North East experienced the smallest cash discount with an £18,000 drop.

Managing director of HBB Solutions, Chris Hodgkinson, further expands: “British homebuyers have swamped the market and those looking to sell are benefiting from some record levels of house price growth in current conditions.”

“Despite this, we’re still seeing quite a notable gap between the price a home is listed at and the price that buyers are ultimately willing to pay. This is a pretty normal occurrence in any market and sellers will always list high in anticipation of the negotiation process, while buyers will naturally try to get the best price they can.”

“However, there’s certainly an additional layer to current market conditions in the sense that home sellers have been benefiting from a boost to buyer budgets as a result of a stamp duty saving and this has seen them achieve that little bit extra than they may have otherwise.”

“Despite buyers no longer benefiting from this saving, sellers are continuing to chance their arm in what is still very much a sellers market, but buyers are no longer willing to go to the same lengths as they were previously. The result of which is quite a considerable reduction in the asking price of many homes.”

“Disputes around price are one of the most common causes that can scupper a potential sale, even after an initial offer has been accepted. The best advice to avoid this scenario is to price your home ambitiously, but sensibly. Stand your ground to an extent but be prepared to negotiate and work to current market values, not your perceived value.”

Only 2% of property transactions are auctions ...

Despite being the quicker method of selling a home, property auctions...

UK homebuyers call for gazumping to be made illegal ...

Property purchasing specialist, HBB Solutions, has discovered that the vast majority of...