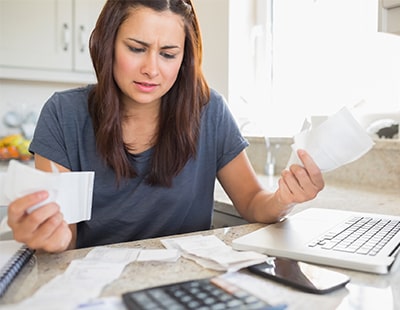 Some 3.2 million adults in the UK have missed some form of major payment over the last two years as the pandemic hit household finances hard, according to the latest research from The Mortgage Lender.

This equates to 6% of people who missed their usual payments, including major expenses such as their rent, mortgage, or credit cards.

The study, which delved into adverse credit, also found four in 100 UK adults admit to having missed multiple payments, representing a significant proportion of the population who have felt the financial squeeze throughout the pandemic.

It’s no surprise, then, that young adults were more likely to have experienced financial difficulty throughout the pandemic as the age group most affected by job instability.

Over a tenth (11%) of 18-34-year-olds missed at least one usual payment in the past two years, nearly four times the amount of over-55s (3%). Around 6% of young adults admit to having missed multiple payments.

Missed payments can have big implications for a person’s access to credit in the future, including large loans like a mortgage. It’s therefore concerning that prospective homebuyers are more likely to have accrued adverse credit recently, with a tenth (10%) admitting to having missed one or more payments in the past two years, putting them at risk of having a mortgage application rejected.

Of all the adults who admitted to missing a payment, the average number of payments missed was three, with almost a third (31%) missing five or more.

Looking at what bills had been missed, the majority had missed a credit card payment, at 45% of all missed payments. People identified the other payments they’d missed as follows:

For those who missed a payment and are now looking to re-mortgage, they could face additional difficulties, with the potential to tick over onto the standard variable rate (SVR), particularly a concern as interest rates begin to rise again.

Peter Beaumont, chief executive officer of The Mortgage Lender, comments: “It’s nearly two years since the onset of Covid-19 and the true picture of the financial difficulty faced by some people is coming into sharp focus.”

“With greater clarity on household’s credit history during this period, we’re now seeing the potential dangers to people’s financial futures too. The past two years have impacted many people’s jobs and salaries, putting a squeeze on household finances, and now with the rising cost of living due to high inflation and energy costs there is even greater pressure on the nation’s finances.”

Beaumont says this can all lead an individual to miss a regular payment which then could have a knock-on effect on their access to credit down the line.

“In such a volatile economic climate, it’s important that more people are prevented from falling down a rabbit hole of financial difficulty,” he adds. “The lending market needs to become better equipped to deal with the greater quantities of people who are emerging from the pandemic with adverse credit histories.”

“Rather than penalising people for the consequences of an unprecedented event, the industry should be working together to support those who’ve missed payments so that people, especially aspiring homeowners, aren’t locked out of the market.”

Revealed – top tips on how to bolster your credit score ...

In this guest piece, Uswitch compiles a list of common occurrences...

The pressure of the constant surge in the cost of living...

Homeowners forced to use savings for maintenance costs ...

According to new research from the homebuying platform, YesHomebuyers,  the majority of...