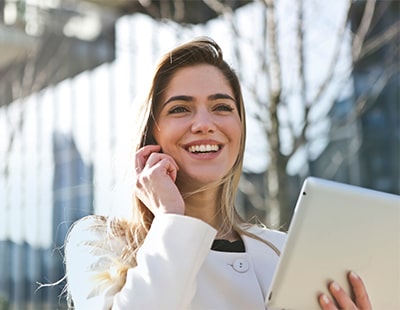 Speaking to a financial adviser is more daunting for UK consumers than self-managing their finances, a YouGov study reveals.

In a survey commissioned by general insurance provider Paymentshield, just over 1 in 5 (22%) consumers admitted that they find talking to a professional financial adviser “overwhelming”.

Only 18% shared this feeling when it came to managing their own finances, highlighting the DIY route is preferred.

This is despite over two-thirds (73%) of the 2,059 respondents expressing a lack of confidence in understanding common insurance terms, such as “excess” and “policy”.

It’s quite concerning, then, that the level of anxiety experienced by consumers seeking advice was also on par with the task of “arranging a utility supplier” (22%) – even though the latest Ipsos Mori data has shown that 60% of the British population are worried about their ability to pay their household bills over the next six months.

The research was conducted in April ahead of National Conversation Week, a week-long campaign to get the nation talking which seeks to relieve UK consumers’ question anxiety around important issues that can have a lasting impact, such as finance management.

Emma Green, director of distribution at Paymentshield, comments: “That a DIY approach to managing finances is less daunting to UK consumers than seeking professional advice is alarming – especially as over two-thirds of the individuals we surveyed admitted to having poor understanding of routine insurance terms.”

“We know that seeking help can be scary in any circumstance, but when it comes to finances consumers seem particularly overwhelmed, with almost 1 in 5 people saying they wouldn’t feel like they’d know the right questions to ask an adviser.”

Green says this gives advisers even more incentive to ensure they’re making an active effort to help consumers feel comfortable in asking important questions – whether it be by anticipating clients’ concerns; interacting with them via the communication method they’re most at ease with; refraining from using too much jargon, or sharing educational resources.

“Proactiveness will be a key asset for advisers as we continue to recover from the pandemic,” she adds. “If we are to tackle what the YouGov research has shown is some extensive question anxiety among consumers, advisers need to show them that professional financial help doesn’t have to be intimidating, but instead can be really engaging and illuminating.”

Paymentshield has launched a new interactive video to tackle some of...