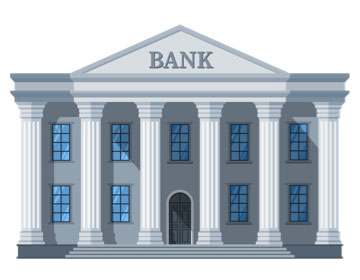 A recent change in mortgage rules that required lenders to check whether homeowners could afford repayments at higher interest rates has been scrapped, which potentially means that some people will be able to borrow more money to purchase their homes.

The Financial Policy Committee (FPC) introduced two recommendations back in 2014 to guard against a loosening in mortgage underwriting standards, however, the FPC reviews these recommendations regularly, and in its latest review, the Committee noted some concerns with how the affordability test has operated.

In particular, the stress rate encapsulated in the test has remained broadly static, reflecting stickiness in reversion rates despite the fall in average quoted mortgage rates. This resulted in considerable uncertainty about how the stress rate encapsulated in the affordability test might move in future, and in turn about the effect the test could have.

However, the central bank is scrapping the test after deciding that other measures, including regulations that cap how large a mortgage can be depending on the income of borrowers, are “likely to play a stronger role” in keeping household debt under control.

The Bank of England added that other rules “ought to deliver appropriate level of resilience to the UK financial system, but in a simpler, more predictable and more proportionate way.”

This is the result after the bank raised interest rates for a fifth consecutive time to 1.25% last week as part of efforts to combat soaring inflation, which will correspondingly mean ample borrowers are paying higher interest rates on their mortgage payments.

Dodgy move or a step in the right direction?

The bank now argues that a loan-to-income (LTI) flow limit on how many home loans can be granted beyond 4.5 times income and Financial Conduct Authority lending rules should guard against risky lending.

Yet, Gemma Harle, managing director at Quilter Financial Planning, said the move was “baffling” given the current interest rate rises and soaring inflation.

She said: “With interest rates starting to creep up to meet the damaging impact of inflation and soaring energy and food prices you would think that people's ability to afford their mortgage should really be under the spotlight now.”

“However, this move by the Bank of England may illustrate that the long-term health of the housing market is predicted to be less than rosy, and this change is a means to guard against a real slump in house prices.”

“While it is potentially bad timing for the announcement, the change in the affordability rules may not be as significant as it sounds as the LTI ‘flow limit’ will not be withdrawn, which has much greater impact on people’s ability to borrow.”

Harle said the shift in rules is one of the many attempts to help first-time buyers get their foot on the ladder but may end up having the opposite effect as more people could apply for mortgages for already limited stock.

She added: “Ultimately, one of the key strategies the government should adopt to help first-time buyers onto the ladder is simply to build more stock. This has a natural effect of stabilising house prices and bringing them down due to the laws of supply and demand. This will be the only way of really helping the masses get onto the housing ladder.”

Commentators have also noted that while some may find the change confusing given rate rises, the risks to the wider economy are relatively low given the other protections put in place by the Bank of England.

It could also mean that borrowers who fall short on other affordability tests may be able to take on larger mortgages, particularly as the cost-of-living crisis eats into their spending power.

The Bank of England’s monetary policy committee has held interest rates again with...

Will interest rates ever rise? ...

The Bank of England voted to hold interest rates by 9-0 yesterday...

Bank of England in no rush to hike rates ...

The Bank of England is in no rush to raise interest...

The Bank of England has dropped another hint that interest rates...