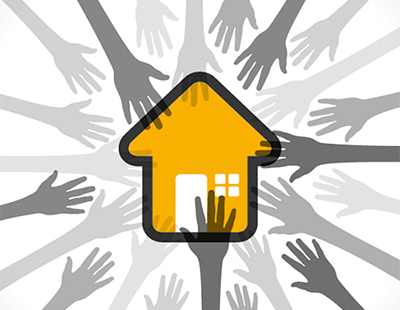 Limited housing stock is seeing one in 10 homes (11%) get snapped up within 14 days of entering the market – and in some areas, it’s as high as one in five.

That is according to GetAgent, which finds the pandemic property market boom is yet to slow down despite a string of interest rate rises and an uncertain economic outlook.

The agent comparison site analysed the level of new properties coming to market and what proportion of these were being sold (SSTC) within just two weeks.

It currently takes the average UK seller 97 days from listing their home to finding a suitable buyer. However, these differ on both a regional and city scale.

On a regional level, Scotland is home to the hottest market where the proportion of new homes sold within 14 days is as high as 18%.

In the South West, 13% of properties are being secured within two weeks, while in Wales, the West Midlands and East of England, it’s 12%.

It perhaps comes as no surprise that London is home to the slowest market in this respect, with just 7% of all homes sold within two weeks.

What about city level?

Scotland once again claims the top spot, with Edinburgh (23%) and Glasgow (19%) seeing the highest proportion of for-sale stock selling within two weeks of being listed for sale.

Bristol also ranks within the top three at 16%, while Portsmouth and Birmingham are also amongst some of the most likely to see a home sell almost immediately.

Just Belfast ranks lower than London, where not a single home currently listed for sale on the market has sold within two weeks of first being put up for sale.

Supply and demand balance out of kilter

GetAgent’s co-founder and chief executive officer, Colby Short, says: “Since interest rates have begun to climb, the nation’s property prophets have been out in force to once again call the demise of the UK property market.”

“However, we’re simply not seeing this on the ground and while there has certainly been a return to normality where mortgage approval levels and the rate of house price growth is concerned, buyer demand remains extremely high and property values are yet to show any signs of decline.”

He adds: “In fact, the balance between supply and demand is so out of kilter that homes are selling subject to contract at pace and in many areas, with one in five doing so within just two weeks in some cases.”

“Of course, this doesn’t make the protracted process between accepting an offer and completing on a sale any quicker, but it does cut a considerable amount of time from the overall selling timeline.”

The number of property sale fall-throughs, which crested during the pandemic,...