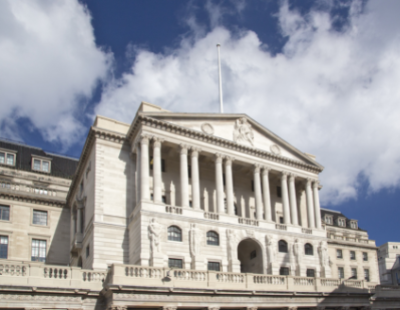 The Bank of England has decided to raise the base interest rate from 1.25% to 1.75%, the biggest rate hike for 27 years.

In a move that had been widely predicted, the Bank plumped for a 50 basis point rise in a further move to try and get inflation under control.

It was the largest increase since the Bank was given independence by Gordon Brown in 1997.

The decision takes UK interest rates to a 13-year high of 1.75%,  as many economists and experts had forecasted would be the case, and represents the sixth straight interest rate rise in a row.

The Monetary Policy Committee (MPC), which meets to decide whether interest rates should rise, fall or stay the same, took this latest dramatic move to keep inflation, which is expected to soar to over 10% in the coming months, in check.

The decision to up interest rates by 0.5% was emphatic, with the MPC voting 8-1 for the rise. Silvana Tenreyro was the only one not to vote for a 50 basis point rise, instead arguing for a smaller (0.25%) rise to 1.5%.

Brian Murphy, Head of Lending at Mortgage Advice Bureau, comments: “The Bank of England is underway on its promise to ‘act forcefully’ in efforts to try and tame the worst inflation surge since the 1980s. But while the MPC aims to rein in inflation, higher rates, along with soaring prices, will put further substantial strain on mortgage borrowers, particularly those on tracker or variable rates.

Murphy also states that cheaper mortgage products are also dwindling, meaning home buyers are being left with more expensive options and either racing to lock into a rate or curtailing demand altogether as it challenges buyer affordability.

He continues: “New and existing borrowers should seriously consider locking a fixed term deal to protect them from any further rate rises. With economists predicting inflation to soar even higher, interest rates may well follow suit for a while longer. Approximately 2 million people are on variable rate mortgages and will subsequently see an immediate impact on their monthly mortgage repayments."

Murphy concluded: "While those on fixed rate deals will be sheltered from interest rate rises for the duration of their mortgage term, around half are expected to expire in the next two years. Some may therefore consider lengthening their mortgage terms or even overpay on their mortgage to help them with payments over the long term. Speaking to a whole of market mortgage broker, however, can help figure out the best options based on your personal circumstances.”

The Bank of England’s monetary policy committee has held interest rates again with...

Will interest rates ever rise? ...

The Bank of England voted to hold interest rates by 9-0 yesterday...

Bank of England in no rush to hike rates ...

The Bank of England is in no rush to raise interest...