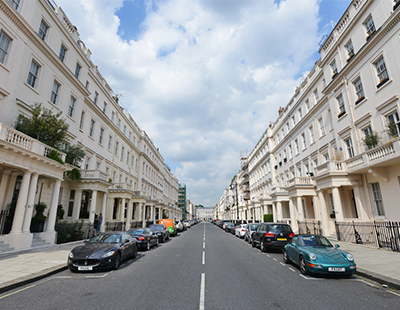 April's forthcoming stamp duty surcharge on investors has brought the prime central London property market back from the dead.

Property demand has been resurrected as investors rushed to avoid Chancellor George Osborne's new 3% stamp duty on buy-to-lets and second homes, which will hit foreign as well as domestic buyers.

Online estate agent eMoov said its Prime Central London Property Index, which records changes in supply and demand for London property above £1 million, has shown that the "tattered corpse of prime London property has risen from the dead".

The index monitors the number of properties sold against those on the market and reveals a 16% rise in demand since the start of the year.

This is the highest level of property demand felt in prime central London since last June, with the market having cooled consistently since then.

eMoov also said the level of stock across the major property portals has more than doubled since the end of last year from 5,729 to 13,481, as savvy homeowners look to cash in on the scramble to buy before April.

Some parts of London are stagnating, including Notting Hill, Mayfair, Belgravia, Holland Park, Fitzrovia and Islington.

Chief executive of eMoov Russell Quirk said: “It’s clear that the fast approaching increase in stamp duty tax is having an impact on London’s high-end market.”

But he warned the market will start to crawl again after April's stamp duty changes are introduced.

Transactions in prime central London picked up in March due to...