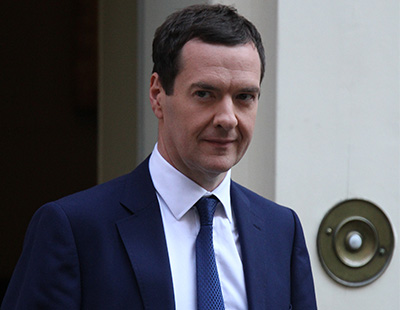 Buy-to-let landlords have announced a new summit as part of their crowdfunding campaign to abolish the Chancellor George Osborne's tax grab.

The ‘Tenant Tax Summit – Landlords Fight Back’ will be held on 9 June at the ILEC Conference Centre in Earls Court.

Its main purpose is to raise an additional £250,000 to fight HM Revenue & Customs and the Treasury in court.

It follows a "record-breaking" crowdfunding campaign, which saw £50,000 raised in just eight days, to launch a legal case against the Government's "ludicrous" buy-to-let tax relief changes.

The co-claimants have launched a second campaign to raise further funds to take the Judicial Review all the way to court.

Steve Bolton, founder and chairman of Platinum Property Partners, and fellow landlord Chris Cooper, are calling on all landlords, tenants and letting agents to support their cause.

The campaign is now reopen for pledges via the Crowd Justice platform and aims to raise an additional £250,000 to fight Section 24 of the Finance (No. 2) Act 2015, which plans to turn a normal business expense - finance costs - into taxable revenue.

The summit aims to abolish “ludicrous legislation” that will force the worst-affected landlords to either sell their properties or increase their rents more aggressively.

It claims this will cut the supply of rental properties or make renting even more unaffordable.

Tickets are available offered through the Tenant Tax crowdfunding platform with anyone who makes a minimum pledge of £100 towards the legal challenge given a complimentary ticket.

The cost of the event itself will be covered by corporate sponsors, partners and patrons.

Steve Bolton said the days where "nobody loves a landlord" must come to an end.

“We need to unite to show that we will not accept the victimisation of landlords and tenants by the out-of-touch political elite.

“They are deluded if they believe that they will go unchallenged when trying to reclassify ‘mortgage interest’ as anything other than a ‘normal business expense’."

Bolton added: “We want to show politicians, the media and the country at large that we truly are a force to be reckoned with.”

While the London housing market drove UK growth in 2014, the...

The number of first-time buyers plunged more than 27% in the...

The Nottingham members to receive cash back rewards ...