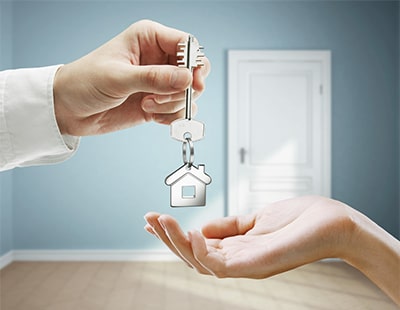 With house prices rising at their fastest pace in 17 years, first-time buyers now need to borrow up to seven-and-a-half times their salary to get on the property ladder, according to new figures.

Of the most popular UK cities, Bath tops the list as the country’s least affordable location, followed by Oxford and London, new research by online mortgage broker Mojo Mortgages has found.

This may come as a surprise, but homes in Bath typically command a price tag of more than £528,530 – almost twice the national average of the locations featured in this research of £287,830.

But with residents typically earning £29,940 a year – a couple who’d saved a 15% deposit would still have to borrow seven-and-a-half times their salary for an average-priced home in the city.

The top 20 most expensive towns and cities are all in or around the South of England, apart from Stratford-upon-Avon in 18th.

At the other end of the spectrum, some of the best bargains can be found in the north of England and Scotland, with the top 10 most affordable areas as follows:

Mojo Mortgages compared average earnings with house prices and found that 30 towns and cities in the UK were above the traditional 4.5 salary multiplier applied to borrowers.

But it found that buyers could still enjoy the buzz of a big city, without paying a premium, in Manchester and Birmingham where wages are above average and housing more affordable.

Edinburgh and Glasgow are relatively affordable too, as are cities such as Liverpool, Newcastle and Leeds – but bargain hunters could also snap up a property in Hull borrowing just 2.30 times their salary, Bradford at 2.35 times or Gateshead at 2.38.

Richard Hayes, chief executive officer and co-founder at Mojo Mortgages, says it’s further evidence that first-time buyers are being squeezed out of the cities where they grew up or work.

“First-time buyers could now borrow as much as seven times their salary – but this would be a big stretch for many couples and wouldn’t allow them to buy a property in some of the UK’s most expensive locations,” he comments.

“Lack of affordable housing has repercussions, not only for the individuals involved but the wider economy and community if workers in lower-paid jobs are priced out of the market.”

He concludes: “Enabling people to borrow more might help them onto the property ladder but much will depend on their circumstances as lenders and brokers must apply strict affordability checks. It’s also important that buyers weigh up whether the location offers the best quality of life for them.”

Mojo Mortgages’ research, complete with full tables and a comprehensive breakdown, can be viewed here.

Market analysis has revealed where house price growth could stutter should...