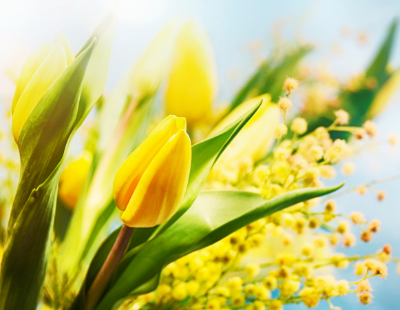 New data from the UK property website, Rightmove, has found that March is the strongest month of the year for prospective sellers to come to the market.

The study, which compared home-moving data over the last five years, excluding 2020 to account for the closed market periods, uncovered March is the month when the highest number of buyers are enquiring about each property available on average.

The study, which compared home-moving data over the last five years, excluding 2020 to account for the closed market periods, uncovered March is the month when the highest number of buyers are enquiring about each property available on average.

This means buyer competition is at its fiercest in March on average, providing an opportunity for many would-be sellers to have a strong chance of selling their home.

The number of new listings coming to market is also historically at its highest in March, though the high levels of buyer demand seen in the month means March is still the strongest month to sell.

April is the second strongest month to sell, based on competition between buyers for each available property, followed by May.

As this year’s spring surge begins to blossom, the level of home-moving activity continues to rise since the start of the year.

The number of new listings coming to the market for sale has increased by 11% in the last three weeks compared to the same time last year, while buyer demand is up 32% across the same period.

The number of requests to estate agents to value a home from would-be sellers has risen by 27% since the start of the year, compared with the start of last year.

With warmer weather hopefully on the horizon, buyer searches for gardens soared 70% in January compared to January two years ago, as more people look for outdoor space heading into spring.

Tim Bannister, Rightmove’s director of property data, says: “Spring has long been known as a peak point in the housing market calendar, with many buyers and sellers trying to get into a new home for the summer months. However, this interesting study confirms that for those considering selling this year, March has historically been the best time to come to market on average."

"For any sellers who might be conscious of coming to market at a time when the number of new listings has traditionally been high, the data shows us that the level of demand in March means sellers are likely to met with multiple potential buyers competing for their home.”

Bannister advises sellers: “Those thinking of selling are also likely to be aiming to buy a new property, and may be tempted to begin the search for their new home before listing their current one on the market. Due to the speed and competitiveness of the market, agents are reporting that it continues to be of high importance for those actively looking to become ‘power buyers’, to give themselves the best chance of securing their dream home. This means making sure they have their current property on the market or preferably sold subject to contract before beginning the search for their next home.”

In a recent UK housing market forecast, Rightmove uncovers what changes the industry...

Legal & General Mortgage Club has announced the names of a...