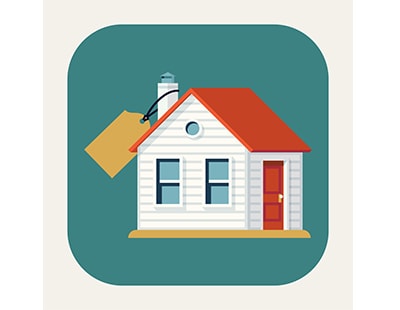 Property platform Boomin revealed which postcodes in England are the most and least affordable. Postcodes home to a gap of up to £37.7 million, when it comes to the most and least expensive properties purchased last year, were also revealed.

By analysing sold price residential property transactions across England and Wales throughout 2021, Boomin was able to accumulate these results.

Overall, the results highlight how varied house prices within the same postcode and different areas can be.

Most and least affordable postcodes in England

According to the research, Mayfair’s W1K postcode had the highest average sold price in 2021 as around 21 transactions were averaging at £4.2 million per sale.

Across the capital, many postcodes ranked highly as some of the most expensive postcodes for properties sold last year.

In contrast, the north of Middlesbrough had some of the most affordable average house prices in the last year. With an average of £32,000, the area came in almost £4.2 million below the average price of a property in London’s W1K postcode.

Below is a table of postcodes with the highest median sold price in 2021.

Postcodes home to the largest house price gap between the most and least affordable homes sold in 2021 were also analysed.

The OX7 postcode of Chipping Norton has the biggest gap between the top and bottom of the market. Some of the most affordable properties sold for £95,200 while on average they sold for £395,000 in 2021. In total, this is around £18m less than the most expensive property transaction to have taken place in the postcode at £18,037,700.

Michael Bruce, chief executive officer and founder of Boomin concludes: “The property market has been performing very well of late but it’s important to remember that when you come to sell your house, the market can be extremely diverse even within the same postcode, let alone from one postcode to the next.”

“Therefore, market research around average property values can only take you so far and while they will give you a ballpark figure of what homes are worth in your area, they won’t take your property’s unique features, size or location into account.”

“Luckily there are tools available to help you do this albeit they don’t replace the accuracy of a local estate agent.”

“Our SmartVal platform takes the best of both to deliver the most accurate valuation for your home with the support of great local agents and this will not only mean you achieve the most accurate price, but it will also see you benefit from a faster sale as unrealistically valued properties often stagnate on the market for months on end.”

Despite the London market trailing the rest of the UK where...

The gender house price affordability gap - where are women worst off? ...

Coinciding with International Women’s Day today (March 8), data from the...

Crossrail rentals - how has it impacted the market? ...

Tenants who would like to make the most of Crossrail will...