Interview of Adam Tyler
Written by the Introducer Today team 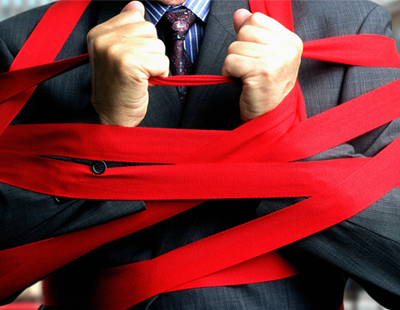 Business Secretary Sajid Javid promised 2016 would be a year of dialling back the bureaucracy. The government, he said, is committed “to saving businesses a further £10 billion in red tape to help create more jobs for working people, boost productivity and keep our economy growing.”

He added: “This new review is about making sure the rules we have to protect our strong financial services industry from abuse are not unintentionally holding back new and existing British business. I want firms to come forward and tell us where regulation is unclear or its enforcement ineffective.”

Mr Javid is a former financier and used to work at Deutsche Bank, so it seems fair to assume he knows what it’s actually like to stand on the other side of the counter.

When earlier in the year NACFB patrons Hitachi Capital organised an online survey to determine what most worries small businesses, one of the loudest answers shouted back was “red tape!”.

It turned out to be the third biggest concern of small businesses, just behind business retention and cashflow management. And those two issues are to some extent within a business owner’s control; there are plenty of tricks you can try to handle cashflow and to keep clients on board. But red tape is imposed on you. There are no shortcuts – or, at least, there aren’t supposed to be any.

Everyone has to set aside work time – or, almost as bad, leisure time – to fit in the bureaucratic demands. But what really spoils a broker’s day is finding that time has been wasted. There’s not much in a broker’s life worse than misinformation based on misinterpretation. That’s why we’ve called in a solicitor to get involved at every stage of our giving instructions to our members.

The Hitachi survey reports a great deal more dissatisfaction in Q3 than in Q1. Objectively it’s a bit hard to see why that should be the case…after all, we have political stability and a healthy economy. Why the long face then?

One theory is that business owners are in effect finding a shoulder to cry on. They figure that if they talk louder about what frightens them, someone might do something about it.

Despite the stated commitment by the Government to save businesses £10bn in red tape, Hitachi’s research suggests that this has not alleviated the worry for SMEs, while at the same time our own common sense and industry experience tells me that if anything, we’re headed in the opposite direction.

The FCA has never made a stated aim to reduce bureaucracy…although we would like it to! So despite the best intentions of the business secretary, 2016 really isn’t going to be the year of Less Paperwork. Our brokers are heading in the opposite direction, and they need to be prepared for that.

Lee Dahill, Director of Sales for the Today publications and The ValPal Network ...

Who are you? I’m the Director of Sales for both the well-known industry...

Who are you? Edward Trustworth, 23 What does it say on your business...

Who are you? Colin Breavington What does it say on your business card? Operations...