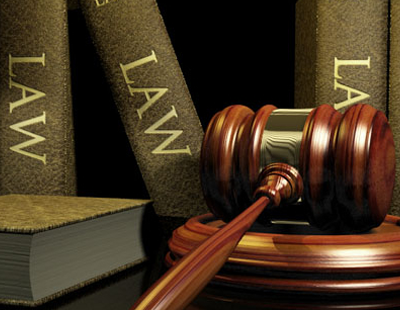 A businessman who masterminded one of the UK’s biggest mortgage scams has been jailed for five-and-a-half years.

David Purdie, 57, appeared to be a successful family man, with a £1.5 million house in an exclusive part of Newcastle, a box at Newcastle Falcons rugby club and expensive artworks bought on trips to New York.

But in reality he was leading a long-running £300 million mortgage scam which caused losses of more than £111 million to lenders Southern Pacific Mortgage Lenders, the Chelsea Building Society and Mortgage Express, a subsidiary of the Bradford and Bingley.

The scam also ruined many individual victims with some left homeless when the scam collapsed, according to a report in The Northern Echo.

It led to a seven-year investigation by a small team of Northumbria Police detectives, who examined 2,000 mortgage applications, taking 700 statements, 170 suspect interviews and compiling 100,000 pages of evidence.

Purdie secured bogus, inflated valuations for properties upon which mortgages were taken, helped by crooked professionals within the industry.

He kept his name off official paperwork, sourced homes from people who were struggling to pay their mortgage, and would take on their property, allowing them to remain as tenants. He would also buy new-builds.

Though many thought his North East Property Buyers (NEPB) firm then owned the homes, in fact, they belonged to "nominees" who took out mortgages for him, including staff, their relatives and contacts.

When the scam collapsed in the financial crisis, tenants found their agreements were worthless and nominees were shocked to find they were responsible for the mortgage repayments, not NEPB.

Mortgage packaging company Newcastle Home Loans (NHL), which had a business relationship with some of the big lenders, was also involved in the scam.

Teeside Crown Court heard how the financial ruin caused by Purdie and his conspirators led to marriage breakdowns, depression and suicidal thoughts.

Jane Bewsey QC, prosecuting, said: "The scale of this fraud was truly massive."

She described Purdie's lifestyle as "lavish" and said he entertained "extensively and expensively".

Linda Patterson, 57, an underwriter who became a director of NHL, was sentenced to three years two months.

They all admitted conspiracy to defraud.

Chartered surveyor Steven Keay, 54, from Sunderland, was jailed for 23 months after he admitted furnishing false information.

An award-winning mortgage broker who set out to build a £1...

A snag is a slight issue or defect in a property...

Lloyds Banking Group has held onto its lead as the UK's...