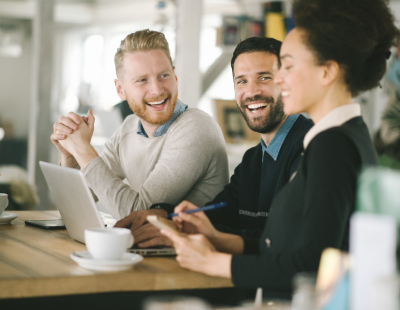 The findings show that most estate agents are optimistic about 2022 as a staggering 70% revealed that they plan to expand their business this year.

Since the spread of Covid-19 began it has caused concern across most industries, including the property market. House price growth and buyer demand levels have been at a high during this time.

The Nested research reveals that 35% of agents believe that the pandemic property boom was the reason behind their decision to expand.

Head of commercial at Nested, Alice Bullard, further explains: “It’s been a whirlwind 18 months or so for the UK property market and the nation’s estate agents have been working in overdrive just to keep up."

“So it’s hardly surprising to see that a good chunk of us have been on a recruitment drive in order to cope with such high levels of market activity, while some have also expanded their base of operations.”

“That said, the majority have held steady and chosen to delay any expansion plans until this year. This caution is understandable given the wider economic uncertainty that the pandemic has posed but now there does seem to be light at the end of the tunnel.”

“Many had also predicted the property market boom would come to an abrupt halt following the stamp duty holiday deadline, but it appears that this has yet to materialise and much of the UK is set to grow even stronger in 2022.”

Plans to keep up with the current market

The industry survey shows that over a third (35%) of estate agents have hired additional staff to keep up with the current market.

Between one and two more members of staff have been hired by 15% of participants. While 11% have employed between three and five new additions to the team, 6% have 11 or more new faces employed and 3% have hired six to 10 new members.

In total, only 11% expressed that they extended their existing branch or office, while 3% have moved to a larger office and only 1% have opened an additional office. During this time many businesses have become accustomed to working from home, proving onboarding more staff is currently a higher priority than accumulating office space.

A further 70% of agents have hope to expand their business even more throughout the year.

In a recent UK housing market forecast, Rightmove uncovers what changes the industry...