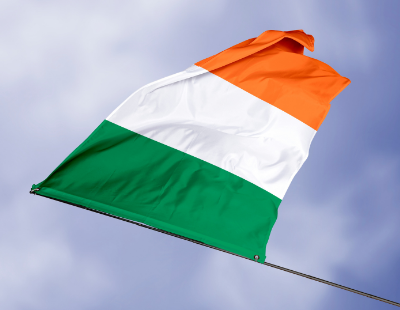 Today marks St. Patrick’s Day and in light of this Irish holiday, estate agent comparison site, GetAgent.co.uk, has found out which areas of the property market are home to the highest proportion of Irish homeowners and renters.

Presence of Irish homeowners and tenants

It’s estimated some 531,000 Irish people live within England and Wales and although this is less than 1% of the population, it still equates to a sizable 221,286 households across the nation.

Based on current market values, GetAgent estimates that the total worth of the Irish owned property portfolio sits at £64.4bn despite the Irish accounting for a small proportion of the population.

With approximately 175,974 Irish residents living across London, the capital is not only home to the highest number, but at £38.2 billion, it’s also home to the most valuable Irish property portfolio of all regions.

Concerning the number of Irish in relation to total population size, the London Borough of Brent is the best place to buy, with Irish residents accounting for 4% of all the borough’s residents. Islington ranks secondly (3.9%) along with Hammersmith and Fulham following (3.5%) and Camden (3.2%), while outside of London Luton is the home to the most Irish inhabitants (3%).

Camden also accounts for the most valuable sum of property, with Irish homeowners and renters accounting for an estimated 5,422 dwellings of £2.69 billion, followed by Brent (£2.66 billion) and Islington (£2.59 billion).

Birmingham is home to the highest sheer volume of Irish inhabitants at an estimated 22,021 and is also home to the highest value in terms of Irish homes outside of London at just under £2 million. Manchester, Coventry, Leeds and Liverpool are also placed as the best cities outside of London for St Patrick’s Day homebuyers, based on the sheer volume of Irish inhabitants.

Founder and chief executive officer of GetAgent.co.uk, Colby Short, commented: “You’ll never beat the Irish when it comes to St Patrick’s Day celebrations but there are a number of areas across the nation with a strong Irish population that are sure to offer the next best thing whether you’re looking to rent or buy.”

Short continued: “Unfortunately, the most Irish areas of the property market are largely located within the London market and so those looking to extend their St Patrick’s Day celebrations on a permanent basis are likely to pay a high price regardless of whether they’re looking to buy or rent.”

The Commonwealth Games begin this week and will be hosted in...