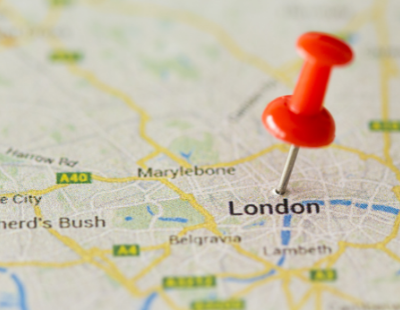 A new analysis from the specialist lender Together finds that 24% of UK’s FTBs would prioritise and pay more than the asking price on prospective homes if they are guaranteed to live close to one of the thirty properties owned by the Queen and Royal Family.

The research comes in the run up to the Queen’s Platinum Jubilee which will be on June 2, 2022, and while the current average UK house price is now as much as £278,000 – which is a significant £24,000 higher than it was in March 2021 – potential buyers would still consider paying as much as £9,070 above the asking price to solidify themselves a spot in borough close to a Royal owned property.

The average price for a typical residential property near one of the top five best known Royal properties costs as much as £1,982,723 more than the UK average, according to the latest study.

While properties closer to either Sandringham Estate or Balmoral Castle sit closer to the UK average – a £12,841 and £3,414 difference respectively – an example would be in Kensington and Chelsea, where house prices near Kensington Palace currently average around £2,260,723.

What the survey shows

The survey results, published for the first time yesterday in the run-up to The Queen’s Platinum Jubilee on June 2, 2022, indicate that there is a growing trend amongst prospective buyers wanting to live close to a Royal owned property. Spread out far and wide across the nation, there are more than thirty such palaces, castles, and grand country mansions belonging to the Royal Family in the UK.

A surprising statistic shows that nearly half (49%) of younger buyers, who are aged 18-34 years old, said that their buying decision would be influenced by the property’s location near a Royal palace. This compares to 26% of those aged 35-54 years old and just 7% of those aged 55 and over.

Over a third (36%) said moving to a Royal borough would make them feel safe living in the area, 31% believed it would boost the value of their property when they came to sell, and 26% thought it would increase the overall financial value and economic success of the surrounding town.

James Briggs, head of intermediary sales for personal finance at Together, commented: “Our research clearly shows there is a trend in buyers, interestingly strongest amongst younger people, to live in locations specifically close to properties owned by The Queen and Royal family.”

“As we look forward to the Jubilee weekend, this is a positive example of what influences people’s buying decisions – and what they’re willing to spend – regardless of the inflated property market we’re experiencing currently.”

Briggs concluded: “Brokers may be approached by home-movers or first-time buyers looking for advice about finance needed to purchase a property in these higher-priced areas, or who are seeking a similarly listed or historic character property. They should feel encouraged that there are specialist lenders like Together, with the specific mortgage products designed to help them achieve their ambitions.”

The Platinum Jubilee road names with a setback of £2m for property ...