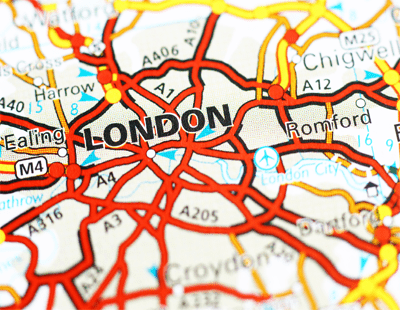 While the number of members hit with expulsion has declined steadily each year since a peak in 2018, the most recent industry insight from the Property Redress Scheme has revealed that London remains home to the highest level of expelled members, both in the last year and since 2016.

Those that carry out estate, lettings, and property management work, which includes all property professionals and agents, have a legal responsibility to join an authorised redress scheme.

What is the Property Redress Scheme?

Authorised by the Ministry of Housing, Communities and Local Government (MHCLG) and the National Trading Standards Estate and Letting Agent Team (NTSEALT), the Property Redress Scheme (PRS) is considered a consumer redress scheme which provides redress for estate letting and property management agents.

As an impartial body, the PRS addresses consumer complaints about a variety of property-related issues made against these industry professionals. Therefore, when its members fail to consider the issues raised against them and also fail to clear the fines issued as a result, the Property Redress Scheme can take further action and expel them from the scheme.

Offenders recorded by the PRS

The figures from the PRS depict the total number of expulsions, and this negative industry trend peaked in 2018 with no less than 66 members expelled from the scheme in a single year, up 313% from the previous year.

Fortunately, since then this number has been on a steady decline. In 2021 there were 45 members expelled which was a -32% reduction from the 2018 peak. Thus far 20 members have faced expulsion in 2022 for failing to address anti-consumer practices.

When it comes to shining a light on the worst offending regions, London is home to the highest level of expelled PRS members. Since 2016, the capital has accounted for 49% of all expelled members to date, further climbing to 50% when looking at 2021 alone.

The North West has seen the second-largest level of members expelled from the PRS since 2016, accounting for 14% of the total figure, with the South East ranking third with 9%.

Northern Ireland has seen some of the lowest levels of expelled members since 2016, accounting for just 0.4% of the overall total and only 2% in 2021.

The regions which saw no members facing expulsion last year were Scotland, Wales and the South West, which also rank amongst the lowest since 2016, alongside Yorkshire and the Humber.

“Unfortunately, we continue to see a number of members failing to comply with our decisions, usually due to them not paying a compensation award, however, it could also be down to poor practices such as a violation of consumer rights, not fulfilling their contractual obligations or failing to operate within the codes of practice, and this simply is not acceptable in this day and age.”

“The Scheme has the power to expel members who do not play ball but also to report agents who breach their legal obligations to National Trading Standards, who can take enforcement action as and when necessary. Expelled members are likely to also end up being named and shamed in the media.”

Hooker concluded: “The good news is that the number of members facing expulsion has been in decline for some years now, however, there are certainly some regions that rank above the rest when it comes to the worst offending. It’s our mission to raise the standards of the industry and to level the playing field for consumers across the nation and while we’re heading in the right direction, we won’t rest until this is fully achieved.”

You can view the full annual PRS Report here.

Since the pandemic property market boom, recent research by YourBusinessNumber has...

The partnership between TMA Mortgage Club and Mortgage Brain has been...

What brokers really value in a BDM ...

Accessibility and responsiveness are the two attributes that brokers value most...