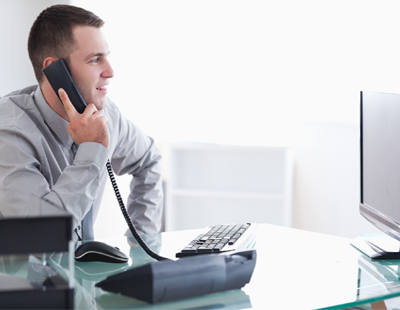 Businesses should be made aware that missing a phone call can cause a loss of revenue and can also damage the reputation of a business.

Roughly £30 billion a year is lost by the 5.6 million businesses across the UK due to missed calls. With 22,145 real estate agents in the UK each missing out on £5,357 worth of revenue because of missed calls, this sector loses £119 million annually.

London accounts for 29% of all UK agents making it the region with the highest number of estate agents. YourBusinessNumber’s findings show that with £34.5 million a year due to missed calls the capital is also home to some of the biggest losses.

East London Estate agents are also experiencing substantial losses as the research shows they have an estimated loss of £18.5 million a year.

The East has lost £11.6 million annually and the North West estate agencies are losing £10.1 million every year due to missed phone calls.

George Lineker, Co-founder of YourBusinessNumber, concludes: “The UK property sector has seen an overwhelming level of market activity since the start of the pandemic and the nation’s estate agents have been on the front line working tirelessly to process this heightened demand."

"This will have stretched many of them from an operational standpoint and it’s inevitable that, at times, the phone will have gone unanswered as a result."

"However, these missed opportunities can be costly and so it’s little surprise that businesses are now embracing instant messaging as a primary method of communicating with customers and receiving new business leads."

"By doing so, they can not only ensure that nothing slips through the cracks, but they can also reply at a far quicker rate, which not only prevents a loss of revenue, it also improves the level of service provided.”

HMRC shows its teeth with bumper AML fines for agents ...

More than nine out of 10 buy-to-let investors are set to...